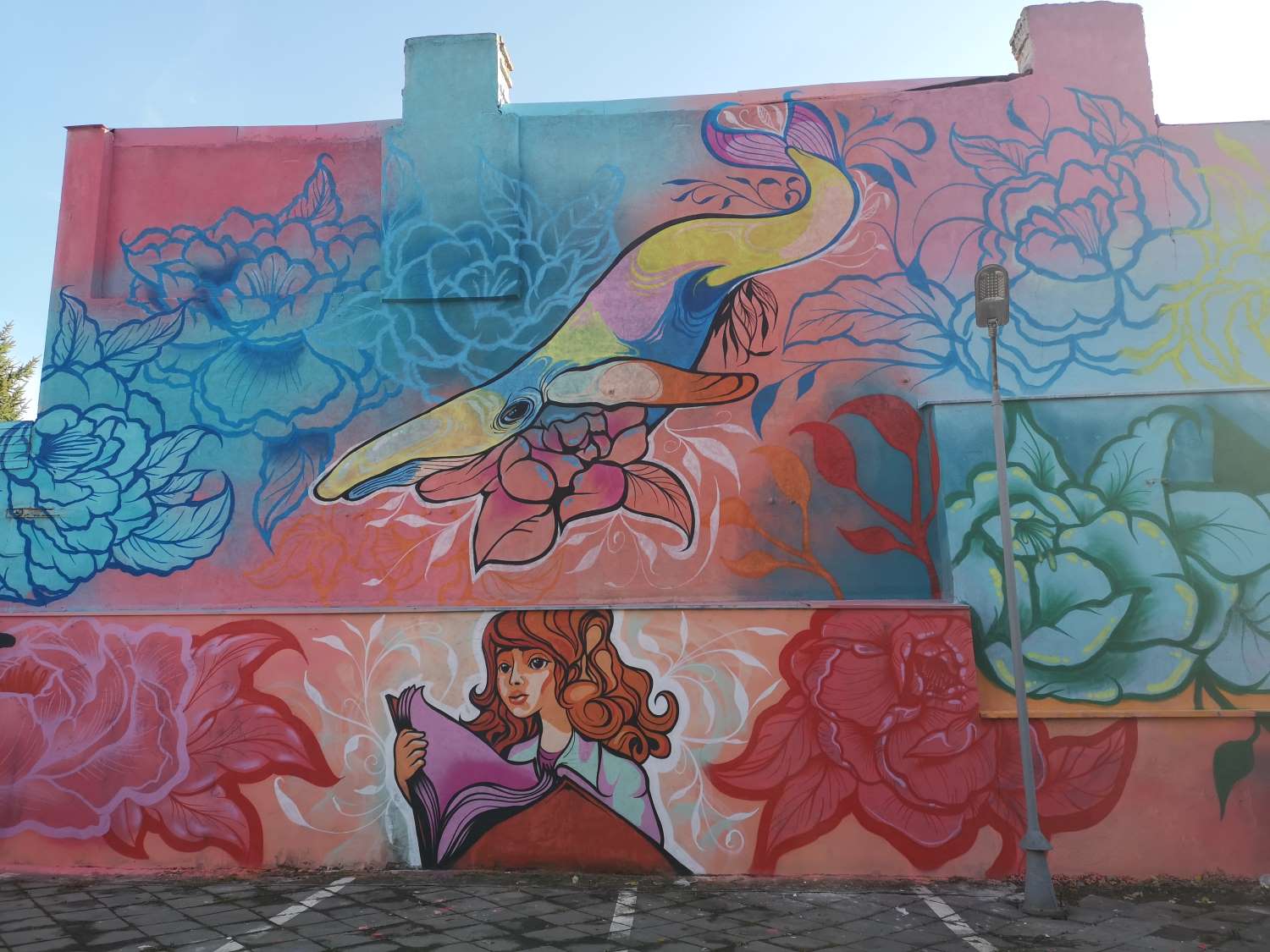 “The wall itself served as inspiration for my work. Its atypical geometry and different plans made me think of a castle, a happy coincidence, given that the wall is in the courtyard of the Children’s Palace in Iasi, behind a group of statues with the great voivodes of Moldova. At the same time, I tried to emphasize the importance of choosing and sustaining my passions, since childhood.” – Harcea Pacea 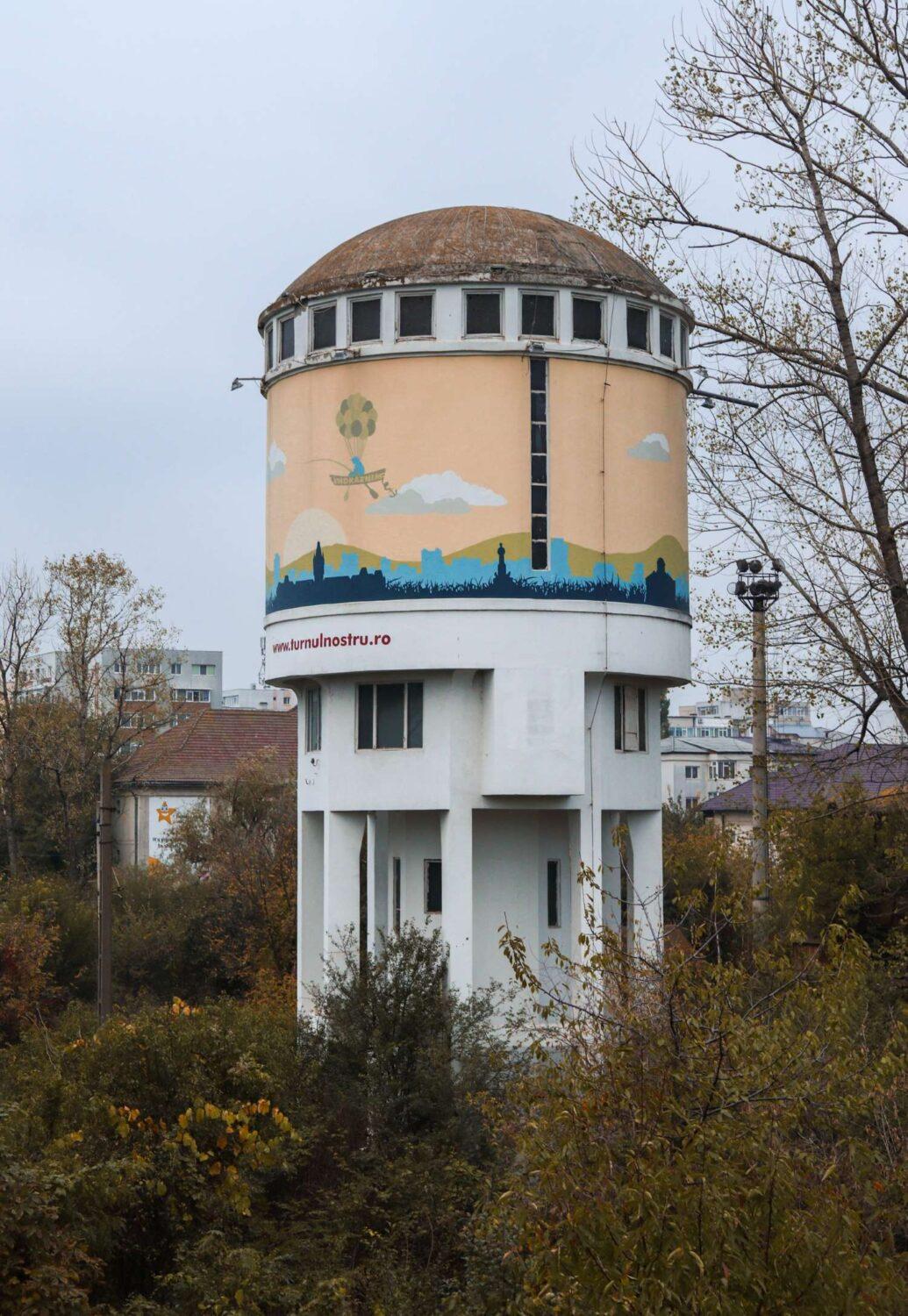 The urban revitalization project “Our Tower” aims to create a visual impact on pedestrians crossing the pedestrian walkway at Iasi Station and become a symbol of civic involvement.

Within the Urban Regeneration project of the Artipic Association. This wall is the first surface intended for practicing street / mural art and graffiti in Iasi and is intended for anyone who wants to draw, regardless of the level of training. The wall on Str. Pantelimon Halipa (oriented towards Lidl) is reserved for complete and complex works, and the wall on Str. Hatman Șendrea (oriented towards Oxygen) is also intended for practice. 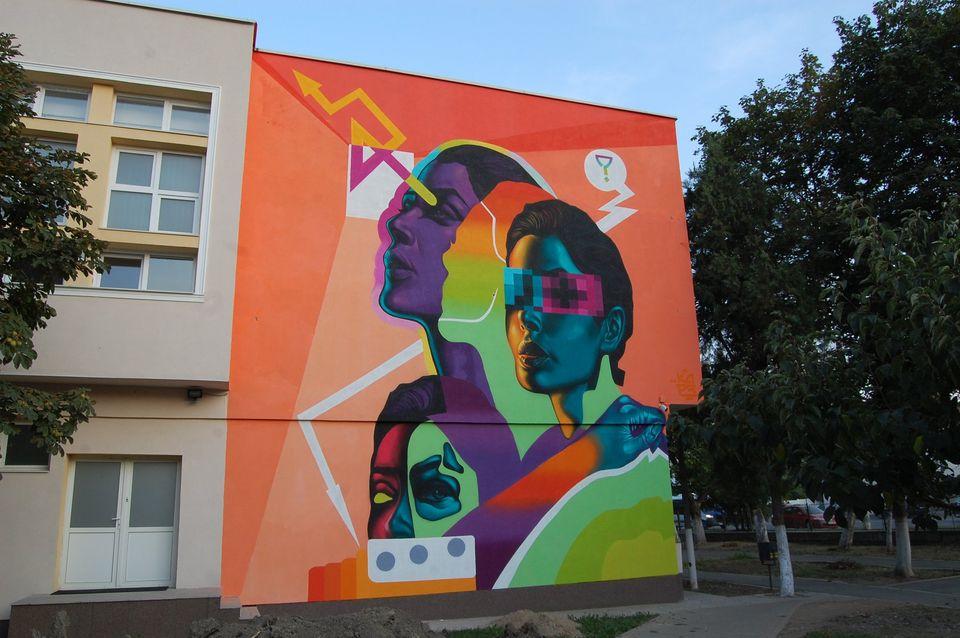 “Future perspectives is the project in which we participated and collaborated with our friends from HALA FiX – Performing Art Space. The aim of the project was to make 3 murals in two educational institutions in Iasi, the idea being to present the phenomenon of Street Art to the general public and especially to young people. ” – Kaps Crew 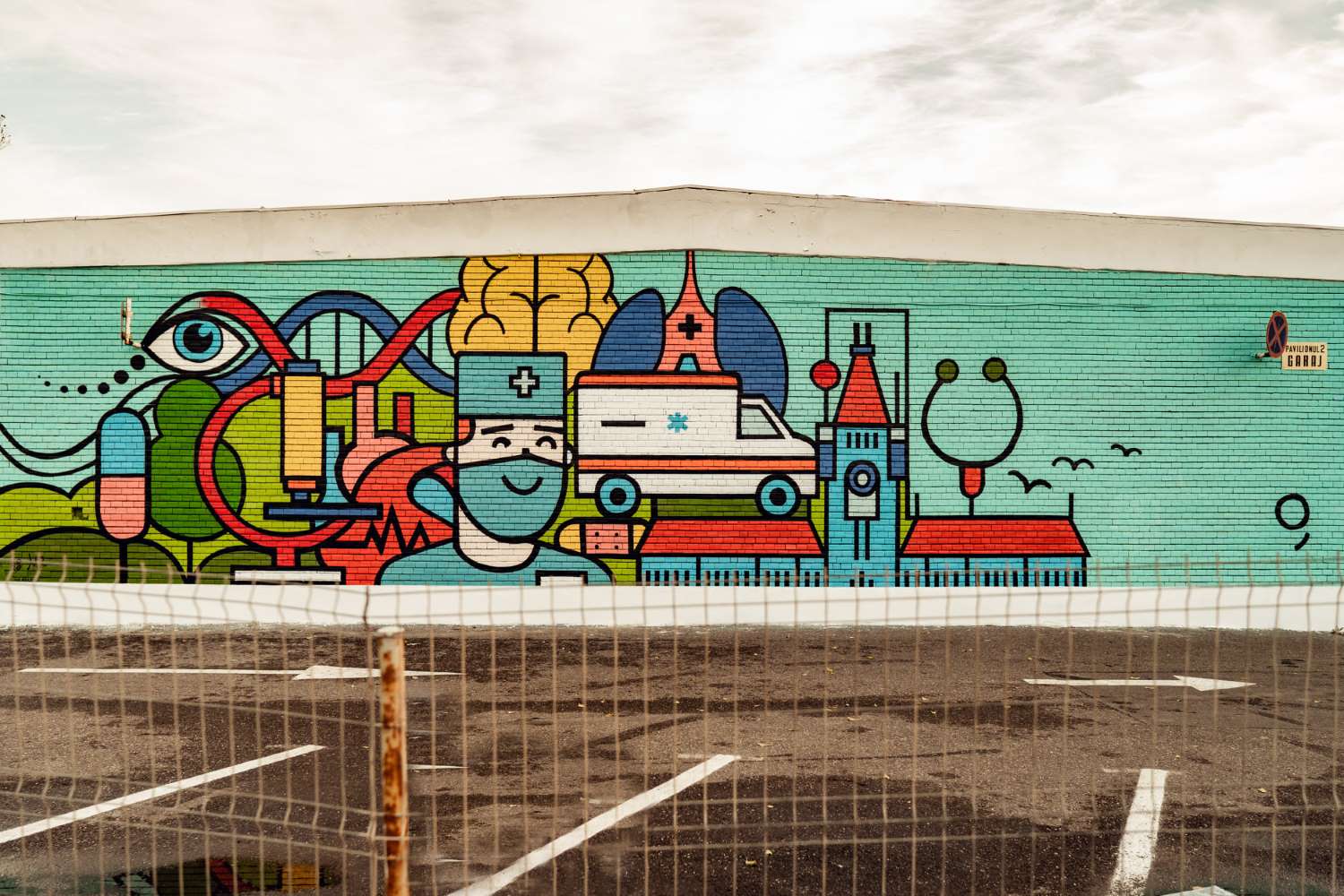 Work done in the street art competition “A New Now” initiated by George of BCR and supported by IQAds, Street Delivery (Iași and Bucharest). 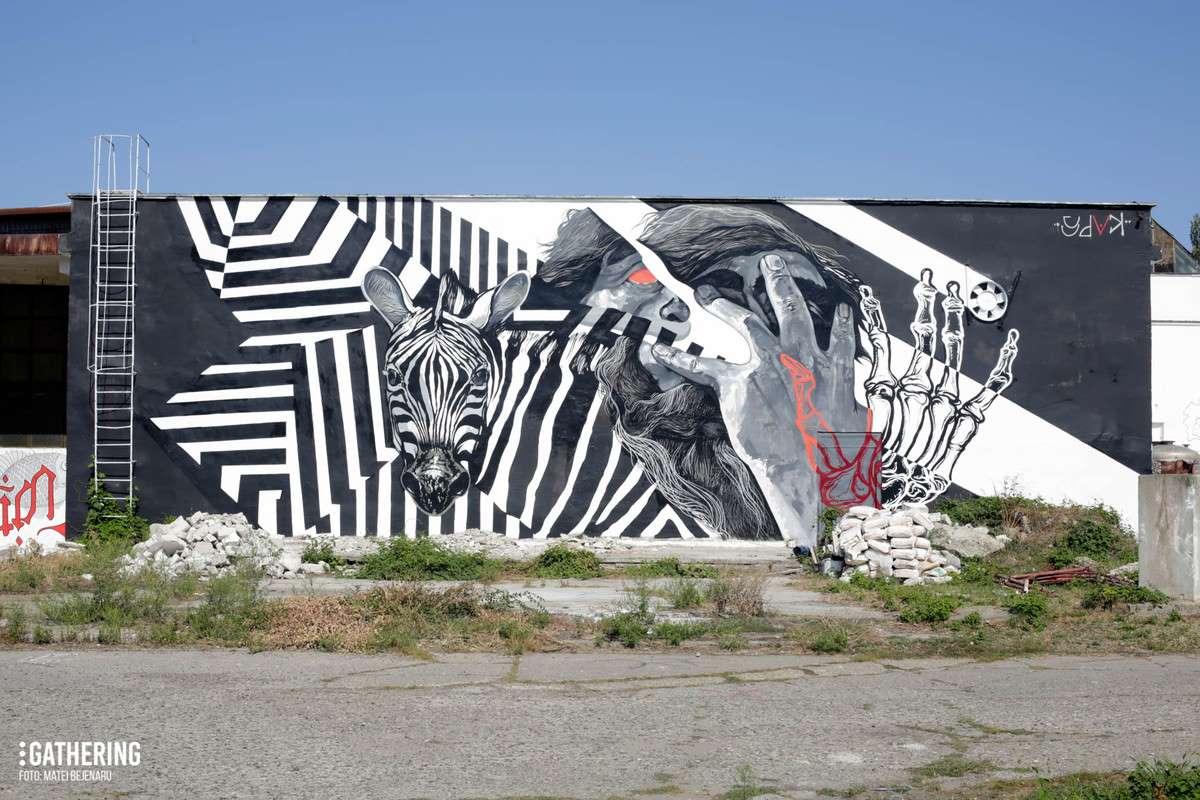 Industrial landscape revitalization project, carried out in 4 separate editions, during the period August 2017 – June 2018. This area has many murals and is a must-see place for anyone who loves street art. 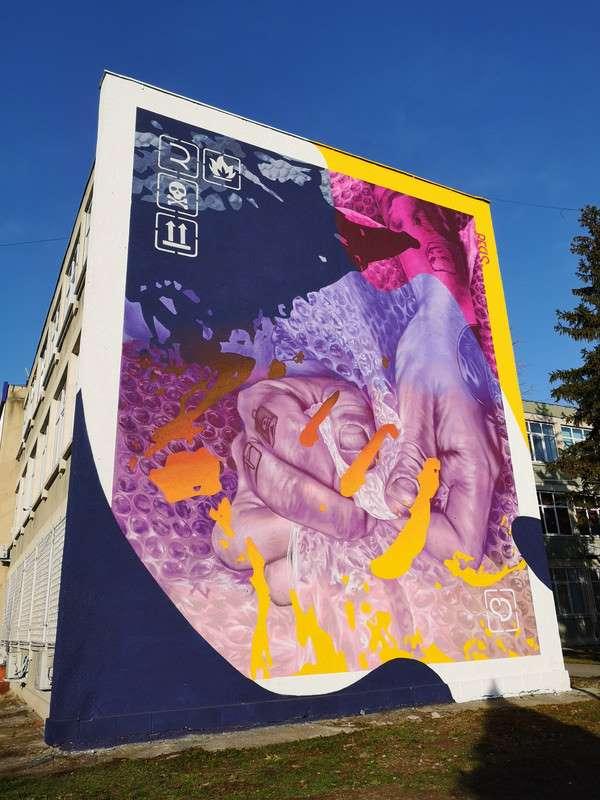 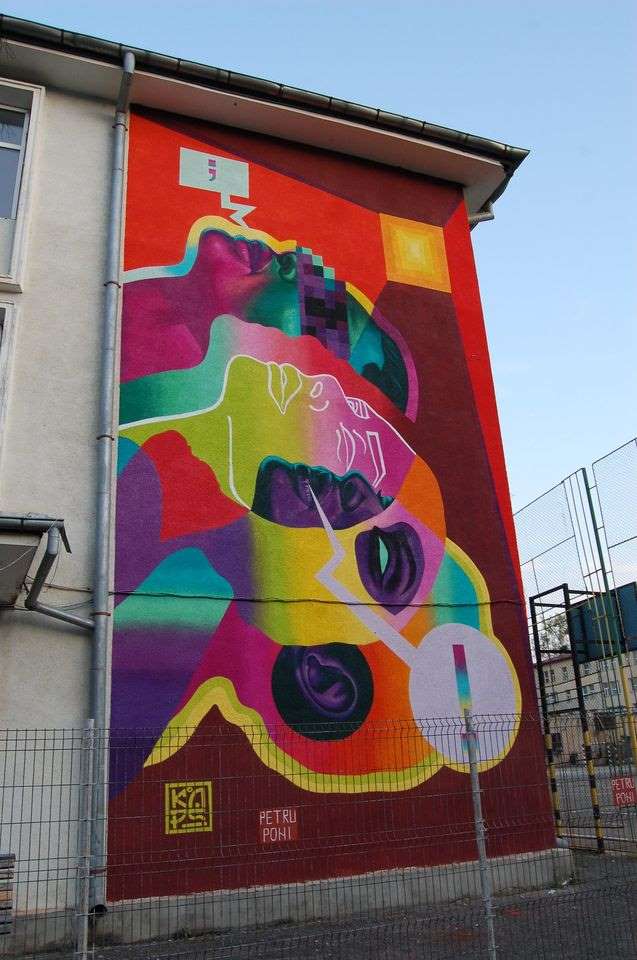 Within the “Future perspectives” project financed by the City Hall of Iași through the Annual Grant Program. Artwork produced in collaboration with TeatruFix. 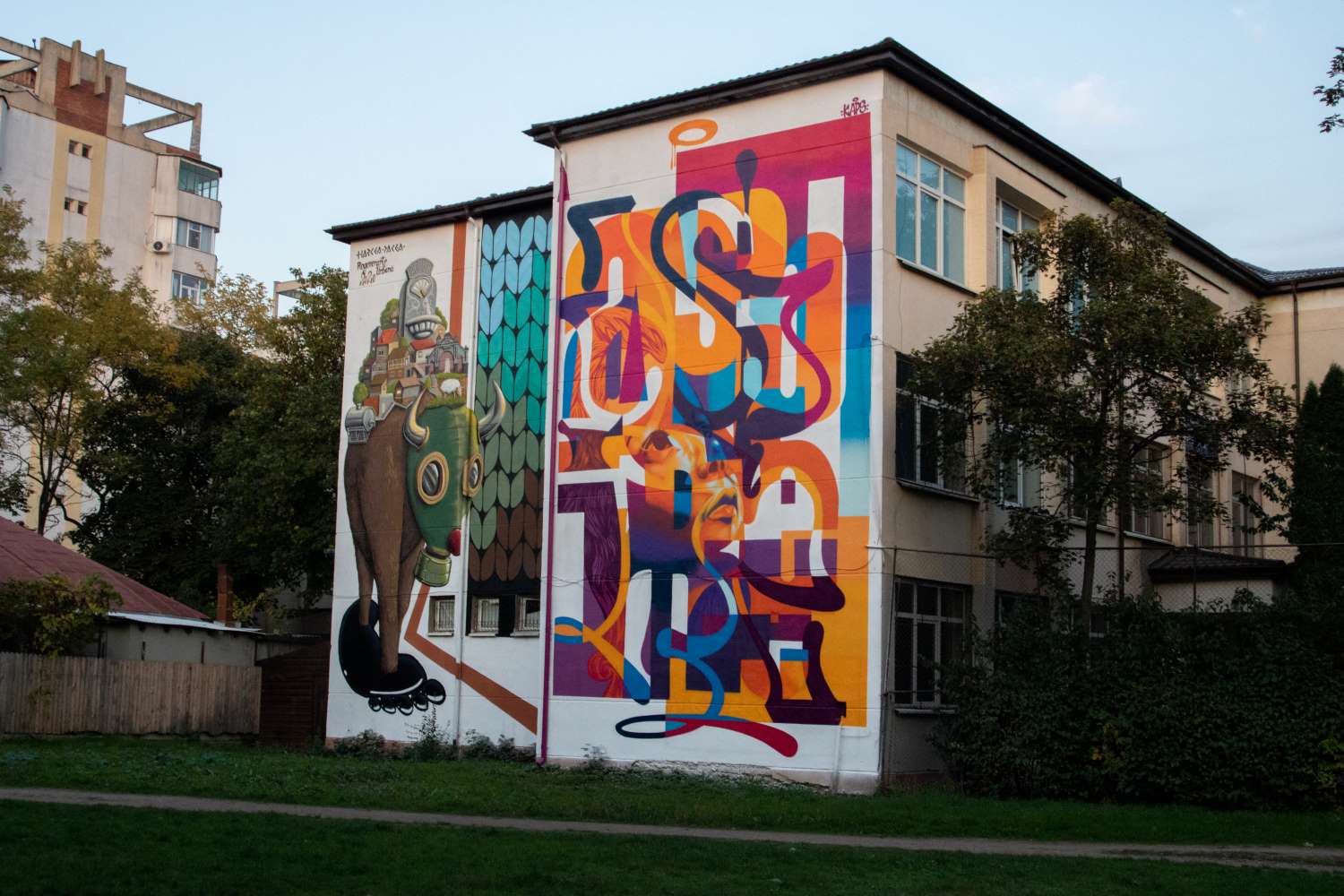 A collection of four artworks on the walls of the Elena Cuza School in Păcurari Neighborhood. 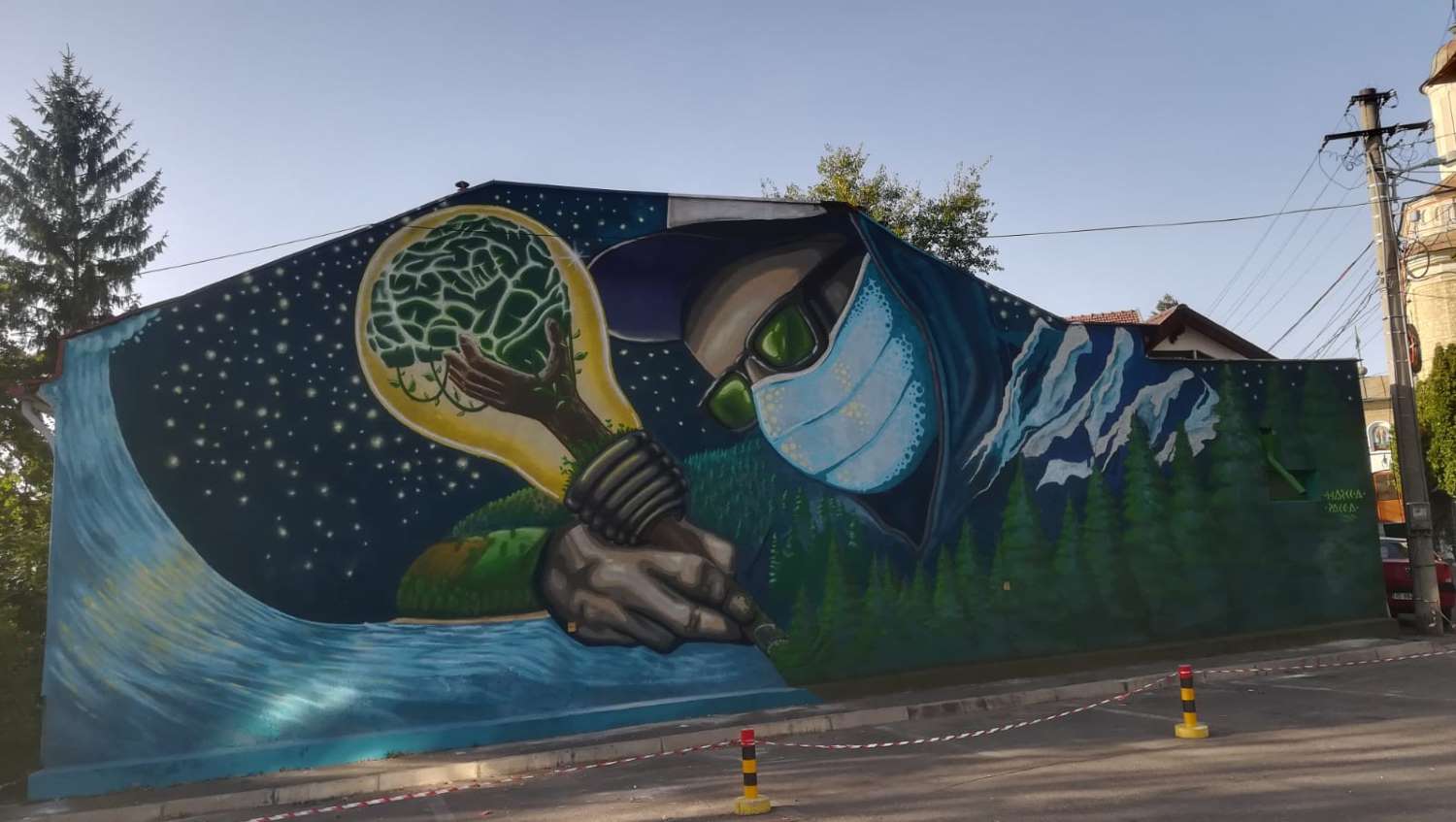 “The work is a message of hope and solidarity for the medical staff fighting the pandemic. The singular character refers to the importance of individual responsibility. The diversity of landforms emphasizes the planetary character of the phenomenon, which must be managed with reasoning and care “- HarceaPacea