Save
Share
Share
In the 1930s, Iași was home to over 100 Jewish houses of prayer or synagogues. Today there are only two of them still open. Most of the synagogues were arranged in simple houses, without a special architecture, due to the fast evolution of the community in the 18th and 19th century.

These were established mainly by the guilds (bresle or professional associations), but three of them were more important: the Grand Synagogue in Târgu Cucului, the Grand Synagogue in Podu Roș and the Synagogue in Păcurari, the last two being demolished during the communist systematization. The Jews in Moldavia were mainly Ashkenazi, descendants of the medieval communities from the center of Europe, which spoke Yiddish – considered a German dialect. In Iași, the religious Hasidic branch was also present, with spiritual leaders considered to be saints (tsaddikim), triggering thousands of Jews to come to them for a blessing.

The story of the oldest synagogue preserved in Romania begins in the 16th century. In 1671, the Grand Synagogue was erected on the ruins of a Jewish praying place built in 1580, which burned in a fire. The word “synagogue” comes from Greek and means “to reunite”. The one responsible for building this edifice was Nathan (Nata) ben Moses Hannover, Talmudist, Cabalist and historian who came from what is nowadays Ukraine. He studied in Prague and Venice, after which he became a Rabbi in Iași. He is known for the work “Yewen Mezulah” (1653) in which he describes the rebellion of the Cossacks led by Bogdan Khmelnytsky in 1648-1649 and the persecutions of Jews in Poland and Russia, managing to create a live image of that period. Hannover is considered one of the top historians of the 17th century.

Building a Jewish house of prayer in Iași wasn’t easy. Documents of the time stated that no other building could be taller than the metropolitan church, and synagogues couldn’t be made of stone, so the first synagogue was made of wood. In 1671, the building of a new stone synagogue was allowed, and the engineering solution was to build it a meter under the ground, in order to be the most imposing building in the Jewish neighborhood, as the Jewish law states. Even more, this decision was also motivated by a psalm verse transposed into architecture: “Out of the depths I cry to you, Lord”.

The architecture has eclectic influences and shows a contrast between the Baroque interior and the sober exterior. The building is remarkable through the size of the dome (10m in diameter), built in 1914 on the eastern side, with the Star of David on top. We can also notice the narrow windows and doors. The building was damaged during fires and earthquakes, obtaining its current shape after 1761. In order to resist in time, the synagogue was built with a one meter-thick walls, shaped of stone and bricks. You enter by going down a few steps. Inside, the massive chandeliers dominate the room and frame the pulpit. A central arch goes through the main hall, from one end to the other in the shape of a rainbow over the small benches. The niche with the holly scrolls (Aron Kodesh) is part of a wooden sculpted panel, gilded and painted, dating since 1864, currently in restoration. Since 2008, the Synagogue entered a process of complete restoration, the religious ceremonies being moved in the headquarters of the Jewish Community, afterwards in the Merarilor Synagogue. In 1976, in the park in front of the Grand Synagogue, an obelisk commemorating the victims of the Pogrom was placed, and in 2015, the square received the name of “The Romanian-Israeli Friendship Square”. On the Stihii Street nearby, in the past, there were seven synagogues, along with dozens of other houses of prayer in the crowded Târgu Cucului quarter. 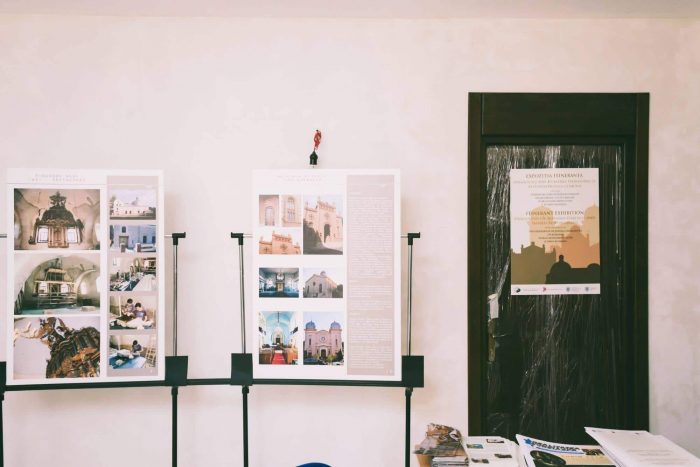 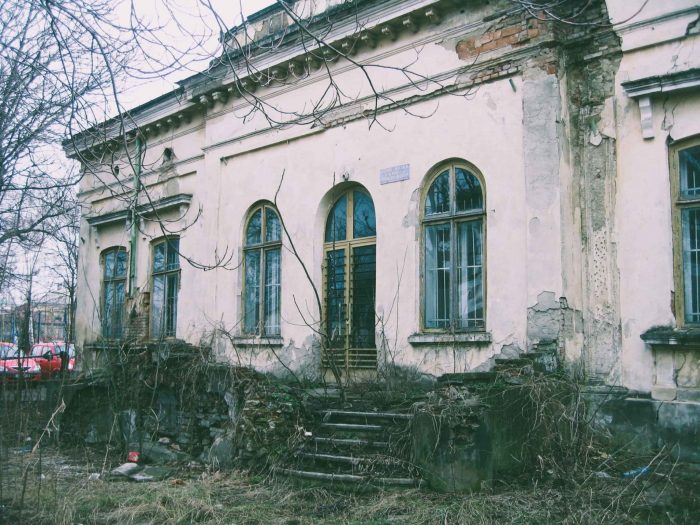