“Luceafărul” Theatre for Children and Youth

Save
Share
Share
The theatre for children couldn’t have not existed in Iași. This appeared as a puppet theatre in 1949. The residence was situated in a room of 200 seats, in the yard of the Catholic Church.

Meanwhile, it diversified the shows, so that music, poetry, pantomime and dance gradually joined the puppets, in 1973 becoming Theatre for Children and Youth. If initially the main sources of inspiration for the shows were inspired from Romanian folk stories, later on universal literature would be present on the Iași scene through many famous titles. “Tartarin of Tarascon” of the writer Alphonse Daudet or “Forced marriage”, creation of the theatre writer Moliére, are examples of the first foreign works played in Iași, for children. The opening play of the Theatre was “The Gold Fish” by the Grimm brothers, which remains a landmark of the institution, being replayed on anniversary occasions. But the oldest play in the theatre’s repertoire is “Punguța cu doi bani” after Ion Creangă.

After the earthquake of 1977, the institution moves into the Youth Culture House (now, the students’) where it remains for 10 years. In 1987, the name of Theatre for Children and Youth received sonority through the reference to a symbol of Romanian literature, “Luceafărul”, the masterpiece of the national poet, Mihai Eminescu. In the same year, the theatre plays begin to the performed in a new building, constructed in the modern architecture style of communism, of great grandeur for those times, which is even nowadays residence of the Theatre. When the “Moldavia” Philharmonic Orchestra of Iași went into reparations, some of its shows began to be played on the scene of the “Luceafărul” Theatre.

The construction of the theatre lasted for 10 years and encountered difficulties due to lack of funds, which were especially sent to the building of blocs of flats, hospitals and schools after the great earthquake of 1977. The building’s plan is hexagonal and the structure is entirely made of concrete. The inside and outside decorations were made of travertine and Rușchița marble, materials initially put aside for the People’s House in Bucharest (the current Palace of Parliament). Above the entrance, we can see a metal coat of arms which combines the theatre mask with a lyre.

Nowadays, no matter your age, you can enjoy here great performances. The International Festival for Young Public (FITPT) is one of the events which gathers famous international artists each October, with over 200 actors from 15 countries. The quality of the plays performed here is reflected in the difficulty of finding tickets for some of the shows. 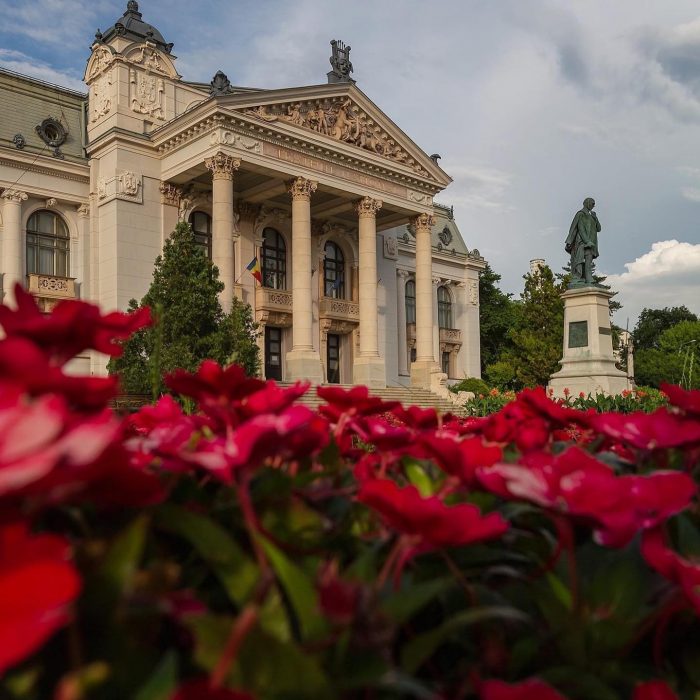 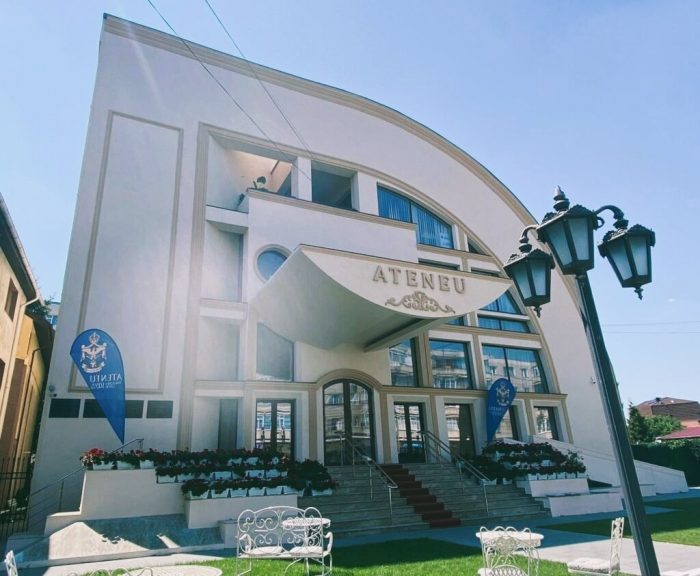