Memorial for the 1989 Revolution

Save
Share
Share
In the square in front of the Palace of Culture there are two monuments reminding us of what happened during the Revolution of December 1989.

The first one is a wooden cross made shortly after the bloody events. The small monument was erected in the memory of the 16 martyr heroes from Iași county that died during the revolution. Their names are written on a commemorative plaque. Their stories ended tragically in other “hot spots” in the country, such as Bucharest, Timișoara or Brașov, with a single exception. Four of the victims were military men in mission nearby the Otopeni airport. They were killed because they were mistaken as terrorists. In those moments of panic, false zeal and misinformation, civilians were also killed, one even in Iași. The precise circumstances are still blurry, rumours are circulating that the revolutionary has been shot by an officer who was on permanent alert.

Only a few meters away, towards Saint Nicolae Domnesc Church, there is another white marble monument built, shaped as a cross. On its front side, you can see a plaque with two lists. The first one comprises the names of those detained in the period of 14th – 22nd of December 1989, and the second one, the names of all the revolutionaries who fought by all means against the communist regime. They mobilized crowds of people, occupied important buildings in the name of the opposition movement and defended them until the dictator’s fall. Each year, in December, the commemoration of the martyrs of the Revolution of 1989 is organized, where military men, priests, city and county representatives, as well as members of revolutionary associations are present.

This was the end of a difficult period in the history of Romania, regarding which there are still questions and undiscovered stories.

Since 1990 the controversial theme of the beginning of the 1989 Revolution which led to the fall of the communist regime and the execution of the dictator Nicolae Ceaușescu was discussed. Most of Romanians believe that the 1989 Revolution began on the 16th of December in Timișoara, where hundreds of people were shot. Others claim that the suppressed protest in Iași, on the 14th of December was actually the beginning. When in Timișoara, the first people were gathering in support of the pastor László Tökés, in Iași people were already imprisoned for “anarchist protest and propaganda actions against the socialist order”. The one who started a true conspiracy against the regime was the economist Ștefan Prutianu, along with five other people. On the night between the 13th and the 14th of December 1989, manifests were distributed through the city, which read: “Take part in the demonstration in Union Square, on 14.XII, 16.00”. But the State Security prevented the revolutionaries’ initiatives, so the Union Square was crowded with order forces at that time. In the morning, a series of suspects were arrested straight from the factories. The people who came to protest were intimidated by the State Security by dividing any group larger than three people. The tram station from the Union Square was moved and inside the shops, pubs and restaurants in the area there were people waiting for a signal, which never came. In memory of this event, the square between the Select and Continental hotels near the tram station is now called the “14th of December 1989” Square. 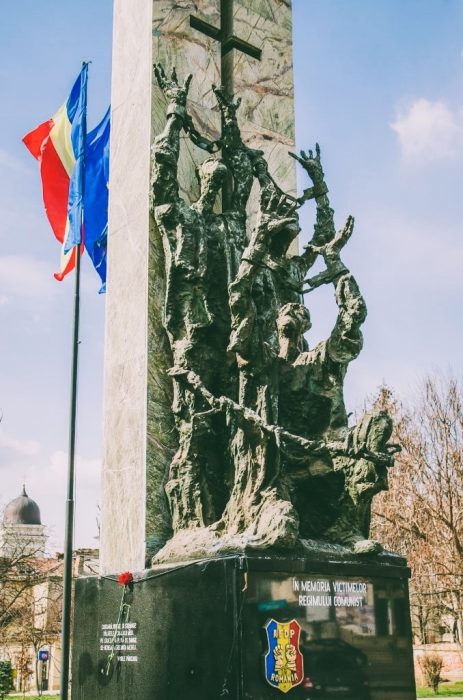