Save
Share
Share
The “Three Hierarchs” Monastery of Iași is a unique monument in Romania, situated in the historical centre of the city on “Ștefan cel Mare și Sfânt” Boulevard.

The monument was constructed by the great Voivode Vasile Lupu between 1637-1639, to venerate the three great priests from the beginning of Christianity – Basil the Great, Gregory of Nazianzus and John Chrysostom. The blending of traditional shapes with precious materials and refined decorations turn “Three Hierarchs” Monastery into the most precious church monument in Iași. Devoted protector of the Orthodox Church, Vasile Lupu wanted to build a monastery inside the city centre, that would combine Byzantine spirit with Moldavian tradition and to serve as a princely necropolis.

The façade decorations astonish through the harmonious unity of Byzantine elements and geometric motifs of Georgian and Armenian influence, along with the late Transylvanian Gothic influences of abutments and girdles encountered in the monasteries of Muntenia. As sign of his ambitions as descendant of Byzantine monarchs, Vasile Lupu brought the relics of Saint Parascheva to Iași, which were offered by the Patriarchate of Constantinople as a sign of gratitude for the actions and generous donations made by the Moldavian prince to the Holy Mount Athos. He was a Renaissance prince, great lover of culture and knowledge, he founded the ancient Schola Basiliana in the church`s yard (today there is only the gorgeous Gothic Hall, rebuilt in 1904), where the first printing press from Kiev was also installed. This is where the first printed work (in Greek) appeared in Moldavia, as well as the famous “Cazania” of the metropolitan Varlaam in 1643. On the 25th– 26th of June 1711 the monastery received the visit of the tsar Peter I the Great, newly allied with Moldavia`s Prince Dimitrie Cantemir. The Russian emperor wanted to pray to the relics of Saint Parascheva before the battle with the Ottomans. The monastery was burnt and robbed several times and rebuilt in the 19th century. The “Three Hierarchs” Monastery played an important role in the events which led to the freeing of Greece from the Ottoman rule and its declaration of independence. The relics of Saint Parascheva were moved in the new Metropolitan Cathedral in 1889 after a fire from which they miraculously escaped. The steeple tower from the entrance was demolished during the restorations between 1882-1904.

The image of princely necropolis was kept throughout time, the bones of Vasile Lupu and his wife resting here even nowadays. On the opposite side, there are the remains of the scholar Voivode Dimitrie Cantemir, repatriated in 1935 from USSR, and the remains of the Prince of the United Principalities, Alexandru Ioan Cuza, brought from Ruginoasa. The “Three Hierarchs” Monastery is a spiritual centre and an architectural landmark unique in Romania.

Eteria was a secret revolutionary organization, founded in Odessa in 1814 with the aim of removing Ottoman domination from the territories where Greeks used to live and to establish a Greek independent state. Under the rule of Alexandru Ipsilanti, the son of the former Phanariot Prince of Moldavia Constantin Ipsilanti, the movement decided the beginning of the revolution in 1821. The Greek troops came to Iași in February 1821, supported by Prince Mihai Șuțu, and Moldavia`s metropolitan Veniamin Costache, who blessed the movement`s flags, thus declaring the beginning of the liberation fight. The internal conflicts between Eteria`s rulers, the lack of the initially promised Russian support and the assassination of the Romanian revolutionary Tudor Vladimirescu, accused of treachery to Eteria`s cause, led to the temporary failure of the Greek movement. 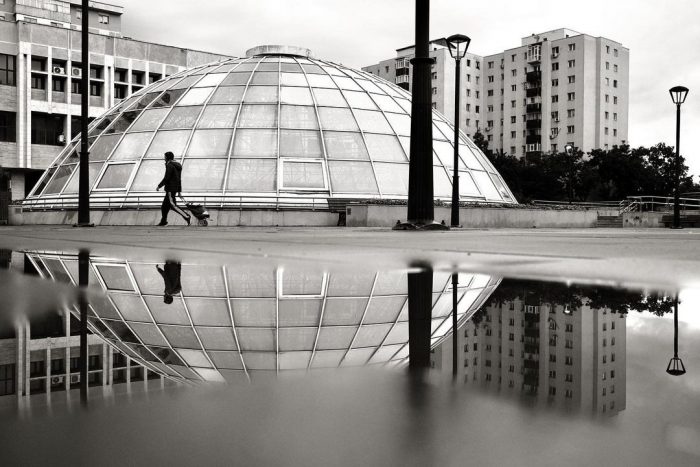