Save
Share
Share
The Building B of “Alexandru Ioan Cuza” University was constructed in two phases in the ‘50s – ‘60s.

Initially it belonged to the Polytechnic Institute, but today it hosts the Faculty of Economy and Business Administration (left wing), the Faculty of Geography and Geology and the Faculty of Biology (right wing). The park in front of the building has a pond in the middle, with a statuary group named “Youth” (1959), work of the sculptor Marcel Guguianu, representing a pair of lovers. In the students’ imagination, the two seem to say: “Stay in bed with me, my dear!”, “I can’t, I’ll be late for class!”.

The building’s architecture is typical to the late soviet period, with rectangular pillars and high floors. You can notice colonnettes on the first floor, under the windows, and above them, a row of medallions, mirroring the ones on the façade of Building A. Travertine was used for plating the façade and some of the interior elements, being fashionable at the time. On the 2nd floor, you can find the “Grigore Cobălcescu” Didactic-Scientific Museum, comprising thousands of samples of minerals and rocks. On the 3rd floor, a model of the systematisation plan of the historical centre in the ‘80s and a Collection of Geographical Instruments are exhibited.

The extension of the university during the years of communism led to the creation of the students’ campus nearby: the Codrescu campus near Building B and the Pușkin campus (currently, Titu Maiorescu) near the Main Building. A small Botanical Garden was created there, on one hectare, which was open between 1921 and 1963, until the founding of the current one. In memory of this garden, a few old trees remain to this day (notably the Ginko Biloba), and also the building of the former exotic plant greenhouse, situated in front of the University Restaurant. After the construction of the campus in 1965, the meeting place of students became “La Balenă” (The Whale), a whale shaped pool with an artesian well, where, in warm nights you can hear guitar strains.

On the 17th of February 1987, a week after the students returned from holiday, the girls from the Pușkin campus couldn’t bear the conditions in the dorms anymore and went out shouting their complaints. The rooms had no heating, the plugs weren’t functioning, hot water was a beautiful dream and cold water was rationed. The students gathered at “La Balenă” and headed for “Târgușor” campus, on the upper end of Copou hill, to attract the boys on their side. The student group began descending the Copou, shouting, “We want water to wash up and light to study”, “We don’t live in caves”, “For peace and progress, offer light in the complex”. Almost 800 students were marching from Copou to the Prefecture. The order forces prevented the protest to expand to the working-class neighbourhoods, also taking into account the small rebellion from the day before at the Nicolina Factory. The State Security surrounded the biggest dorm in the Tudor Vladimirescu campus – T17, to prevent the 1000 students in there to go out for the protest. Arriving at the Prefecture, the students talked to the prime-secretary of RCP Nicolae Ibănescu, and he agreed to solve their demands. To the students’ amazement, in the following days they received light, heating and hot water, but not without consequences. The State Security made some of the teachers follow their students, writing suspect lists. The next day, newspapers wrote that “between 150 and 200 students from Iași marched for peace and prosperity.” 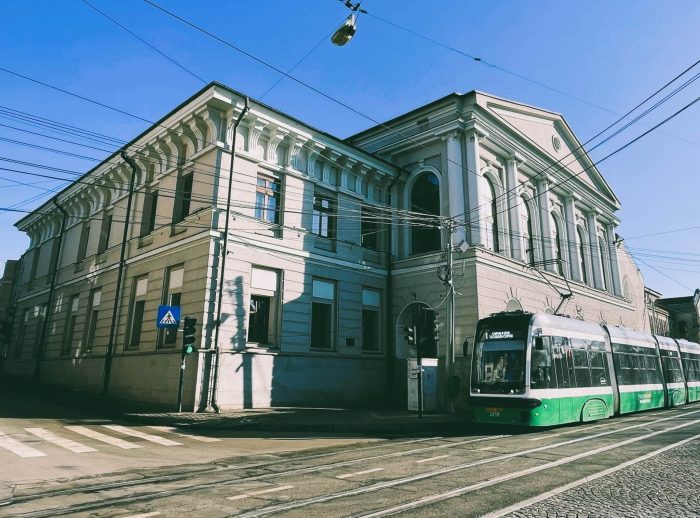 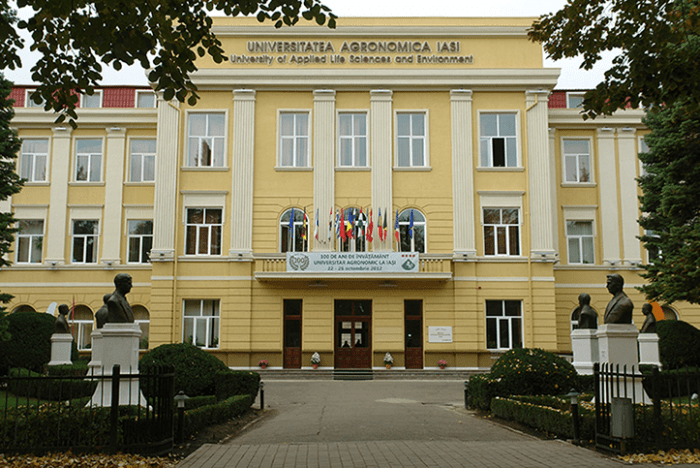