Save
Share
Share
The edifice, built in 1831 (on the place of a house of the boyar Roset Roznovanu from 1816), was initially the residence of some of the greatest boyar families in Iași, receiving the name of Dimitrie Ghika House or Roset House.

Towards the beginning of the 20th century it was used as a bank and piano shop. Between 1916-1918, when Iași became the war capital of Romania, the house hosted some meetings of the Romanian Government. When the communist regime came to power in 1947, the building was transformed into the headquarters of the State Security. It is known as a place where factioneers were often tortured due to their courage of opposition to the tyrannical regime. Most of the times, the dissidents were interrogated for days, without access to food and water or threatened with punishment of their close ones. Most of them were intellectuals and students. Screaming was heard from the inside, and the passers-by preferred to avoid the building. Thus, an urban myth was born, saying that the students who walk through the building’s archway won’t pass one or several exams. This is where the current popular name of the building of “the flunkers’ archway” comes from.

This boyar house was built in a Romanian Neoclassical style, with a terrace and supporting poles for the balcony. A special element of this building is the sidewalk on Carol I Boulevard which passes through the construction. The interior stairway of semi-circular shape takes you to a dynamic space which hosts an art gallery and an extremely popular café among young people in the city, arranged in the edifice’s former ballroom. The Meru Café Galleries recommend themselves as a social hub, a co-working workshop where creative ideas can be discussed. The design of the space was made by a group of designers and architects reunited in the Creator’s Club and aimed at the reconditioning and transformation of old objects into furniture pieces or attractive decorations. For the ingenuity of the team, Meru was included on the Romanian’s Designist Map. This place, abandoned for many years, received a cultural and creative role in the last years, although the building’s aspect couldn’t have been improved. Numerous buildings were left in ruins in the communist period due to the nationalisation policy which led to the confiscation of the goods of the wealthy ones, while others decayed after the fall of regime, due to the long processes of retrocession to the old owners. Fortunately, some spaces were rented to artist associations or cafés and came back to life. Through the rising popularity of these spaces, considered to be abandoned, the artists direct the attention of the public and of the authorities to the history, the architecture and the importance of conserving and restoring the city’s old buildings.

The State Security and the Mechanism of Terror

The beginning of the communist regime meant major changes of the social order through the transformation of values, and especially of the thinking in communist spirit. Between 1945 and 1964, the indoctrination mechanisms were extremely violent in the case of those who opposed changes. Tens of thousands of intellectuals, students or kulaks (rich peasants) were arrested and tortured by the State Security, in order to be dominated through fear and to obtain information. Physical punishments were used: awful beatings, starvation, imprisonment in horrible conditions, but also psychological torture, through threats of imprisonment and torture of their family. After that, the prisoners were forced to sign statements as they had committed certain invented acts. 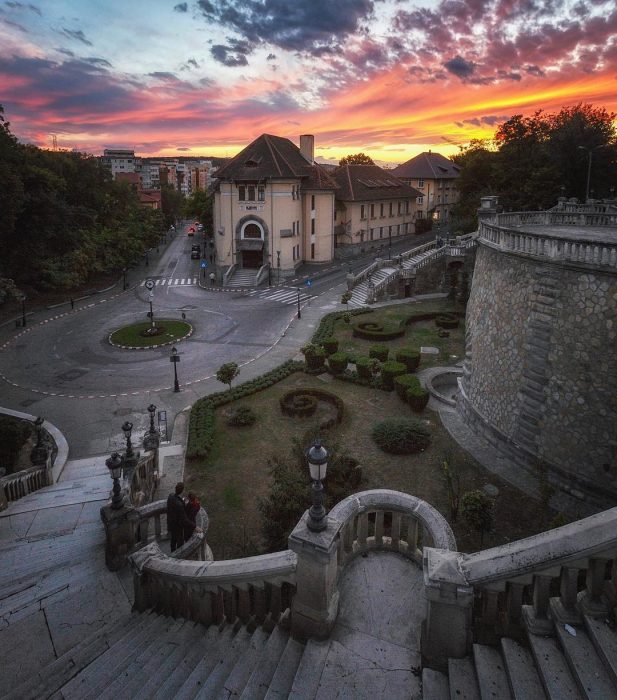