Iași local
Storyteller and community builder for the creative industries in Iași, with 11+ years of experience.

The community of craft beer lovers in Iași is consolidating every year, encouraged by the local craft brewers who are more skilled and creative with their recipes and the pubs that highlight them on their menus. We’ve got six craft breweries in the city (out of over 70 nationally) and at least as many places where you can bond with their products, making you understand why craft beer is in the spotlight.

Breweries made in Iași

Capra Noastră is probably the most active local microbrewery. The brewers launched it in the summer of 2017. Still, they already have a consistent portfolio: six beers in the classic range, a collection of communist-fruity beers with blueberries, endives, and bitter cherries, and several unique beers, including one with lavender and the first Romanian beer with CBD. On top of that, they have a barrel beer edition, too. Caprele, or the Goats can be tested in plenty of restaurants across the city, stumble upon them in many shops, but you can also enjoy a lovely experience directly at the factory. If you want to improve your craft beer culture, treat yourself and go see the brewing process at Capra Noastră.

Cearfisă is already a beer that makes an echo across all enthusiasts in the city and beyond. The brewers from Tomești launched their brand in 2018 and quickly stood out with their own Pilsner and Weissbier recipes. Soon after that, they experimented with new possibilities with Pale Ale, which you might already be familiarised thanks to the purple cat label. At the start of the pandemic, they encouraged us to try a Red Ale for those moments when all the plans go wrong. This fall, they launched their fifth beer, Cearfisă Light, a new beer that makes the best ideas flow freely. You can find their beers in dozens of places in the city and in the country, groceries or supermarkets. If you want a stash, you can get in touch directly with Cearfisă by accessing their online shop.

THC Brewery kicked off on this journey in 2018 as a nomad microbrewery with an oncologist and real estate developer at the helm. The pilot beer was a Pale Ale made from a particular hop from the Ground Zero factory in Bucharest. They sold it for the first time at Beer Zone in unprecedented quantities until today. Now, they have six beers in their portfolio, a dry stout and a fruity one. From 2021, they will produce their beer in Iași, in their own factory, where they run music and tasting events from time to time.

Gravity Rise Brewing joined the group of craft beers in Iași in 2021 with a product called There is no rule. An IPA made in the gypsy brewing system. The two beer geeks at Gravity Rise are the only local nomad brewers and have produced two beers so far at the host breweries, Wicked Barrel and THC Brewery. They have a ton of experience in running home brewing experiments. They also know the craft of being a bartender (they acquire their skills at Beer Zone). Everyone knows them as demanding fans, so you shouldn’t be surprised if they will soon open their own playground.

Șapte Coline is the oldest craft beer brand from Iași. They started in 2005, in an old factory in the city, out of a passion for quality beer, which not many shared back then. In 2009 they stopped production because they “didn’t like compromises”, but relaunched in 2018 with more determination and know-how. Now they have seven beers in their portfolio, two of which are cold hopped and one homemade beer, which you can find in almost all restaurants and large stores în Iași.

Where to drink craft beer in Iași

The No. 1 recommendation of all craft beer lovers, Beer Zone showed and taught us what this product means almost ten years ago, way ahead of any trend. They succeeded in fostering a community of curious people despite the tight venue they had at that moment. People discovered that such a bar could have plenty of charm, and the beer is far more complex than they imagined. They also run the first major event with and about craft beer in the city, the Giraffe Festival, where they heavily promoted the culture around craft beer. As the market matured, Beer Zone expanded, and today it is the most popular place for beer, pizza, and a few Asian dishes.

If you want to savor a craft beer in a place with an authentic English vibe and good music, you can always check the Lăpușneanu pedestrian street. Radio Gaga has a small permanent selection of foreign and Romanian craft beers. Still, it’s worth constantly visiting for the limited-stock novelties with which they are always refreshing the menu. Football lovers gather here to support their favorite teams and have a couple of delicious beers next to their friends.

In January 2021, a new pub entered the local landscape. They kicked off in great style with a live concert by The Mono Jacks and 50 craft beers out of the 150 on the menu. They opened in the middle of the pandemic but immediately attracted people with their house beer, German-specific dishes, and many weekend events. Extra points for the generous green terrace, away from the hustle and bustle even though it is in the city center.

Ironic Taproom Iași appeared on the local beer scene in 2022. It’s the Moldovan brother of Ironic Taproom Bucharest, known for the innovative beer assortments they create. What sets them apart from other places is the availability of beers in small quantities, 100ml, for example. That’s a lovely approach if you want to test a new beer. The menu features 20 house beers exclusively on draft, but the folks at Ironic are always bringing in goodies, so you might find something different to try on every visit. You can find them on Aleea Veronica Micle no. 2, hosted by College Bar & Grill.

The space around Pizzeria Domnești is primarily a beer-to-go shop, but they also have a small landscaped terrace. On top of that, they have a mobile beer vehicle placed this summer on Ștefan cel Mare street. Casa Berarilor Artizani Iași is part of the largest network of shops dedicated to craft beer in Romania (they also have a location in Bucium). It’s hard not to be tempted by their wide variety of craft beer, but also fresh ones that you can bottle in the store and enjoy later at home with your friends and family. 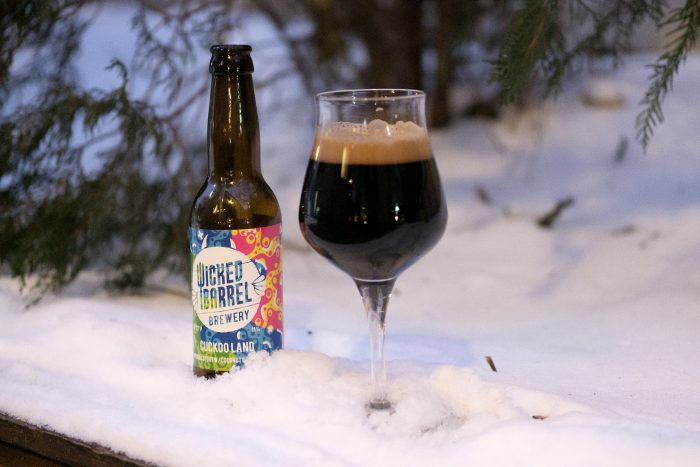 The best beer house in town. With over 200 beer brands, Beer Zone is one of the special places in Iași. You have to meet the owner, Iulian, and his love for quality brews.
Strada Alexandru Lăpușneanu nr. 16, Iași 700057
Open in Google Maps
Go to website
+40761239673
Show more

Along with good food, you will find in their menu over 100 varieties of beer from all over the world. Think of a country where you want to travel and you'll be served a beer brought exactly from there. Magical terrace included.
Strada Arcu 18, Iași 700126
Open in Google Maps
Go to website
+40741054444
Show more 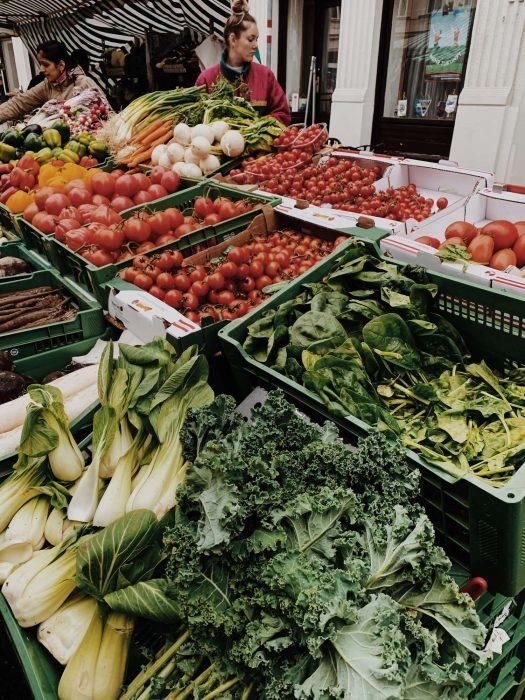 The farmers' markets in Iași are the ideal places if you want to get a healthy taste of local produce. From cheeses to meat, vegetables and fruit, locals from the city and the entire county come to Iași to sell their products. You can also find jams, honey, pickles and so much more. But most of all, their charm comes from getting to meet the people that lovingly make them for you.
Bulevardul Nicolae Iorga nr. 24, Iași 700259
Open in Google Maps
Show more

Malt. Hop. Ideas. Cearfisă is a local artisanal beer brand with creative labels and unique taste. You can find it in many places in Iași, but we recommend enjoying one at The Trumpets British Pub. It comes in four types: Pilsner, Weissbier, Pale Ale and Red Ale.
Bulevardul Virgil Săhleanu, Iași 700173
Open in Google Maps
Go to website
0745866810
Show more 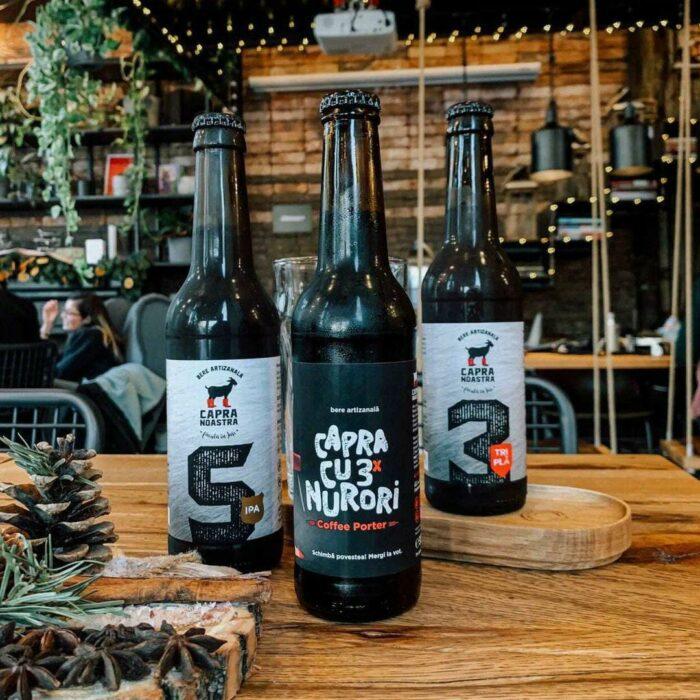 Our goat is a cheerful craft beer, made in Iași, which does not quarrel with the neighbor's beer, but supports entrepreneurship and crafts. She wants to help her friends to make friends, to put together ideas and concepts from different worlds and to hate less. Our craft beer and the humor of the people of Iași are created to bring people together, to unleash their creativity.
Calea Chișinăului 29, Iași 707252
Open in Google Maps
Go to website
+40752096445
Show more 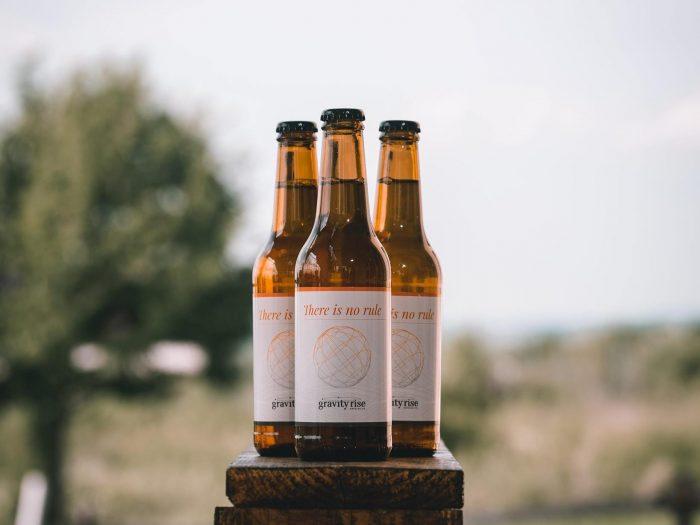 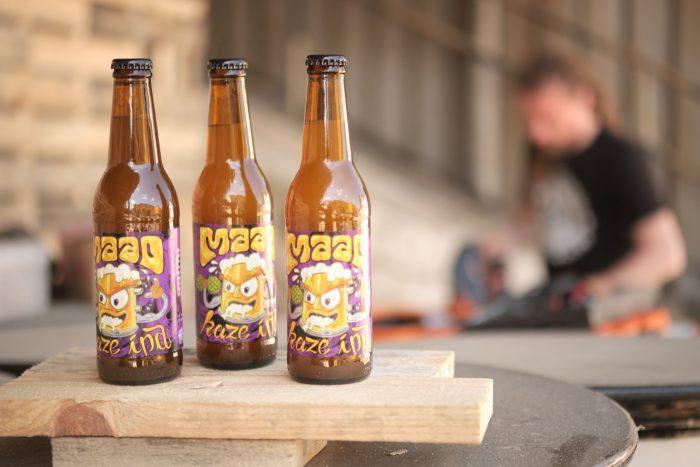 THC Brewery kicked off on this journey in 2018 as a nomad microbrewery with an oncologist and real estate developer at the helm. The pilot beer was a Pale Ale made from a particular hop from the Ground Zero factory in Bucharest. They sold it for the first time at Beer Zone in unprecedented quantities until today. Now, they have six beers in their portfolio, a dry stout and a fruity one. From 2021, they will produce their beer in Iași, in their own factory, where they run music and tasting events from time to time.
Sos. Iasi Tomesti, Incinta Vinalcool, Tomești 707515
Open in Google Maps
Go to website
0770 579 386
Show more 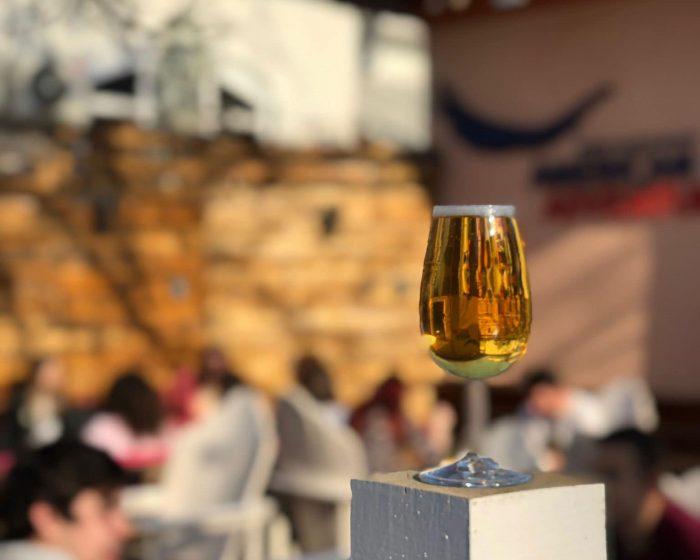 Ironic Taproom Iași appeared on the local beer scene in 2022. What sets them apart from other places is the availability of beers in small quantities, 100ml, for example. That's a lovely approach if you want to test a new beer. The menu features 20 house beers exclusively on draft, but the folks at Ironic are always bringing in goodies.
Aleea Veronica Micle 2, Iași
Open in Google Maps
Go to website
0740 118 447
Show more 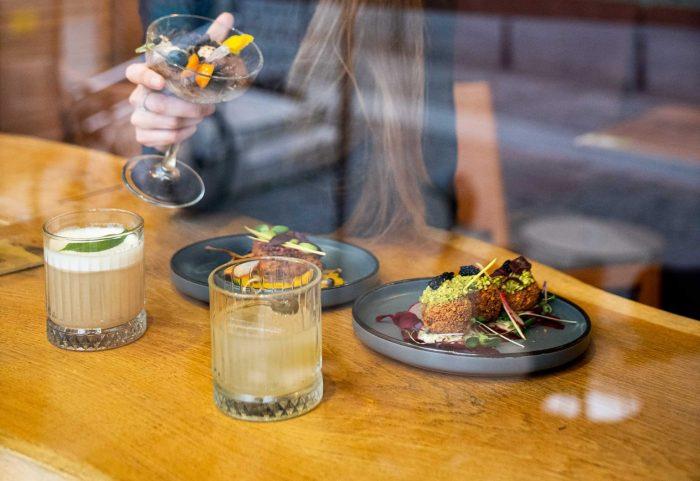 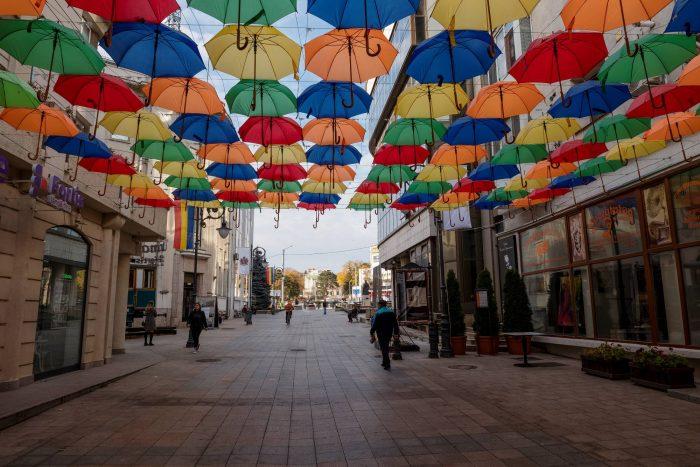 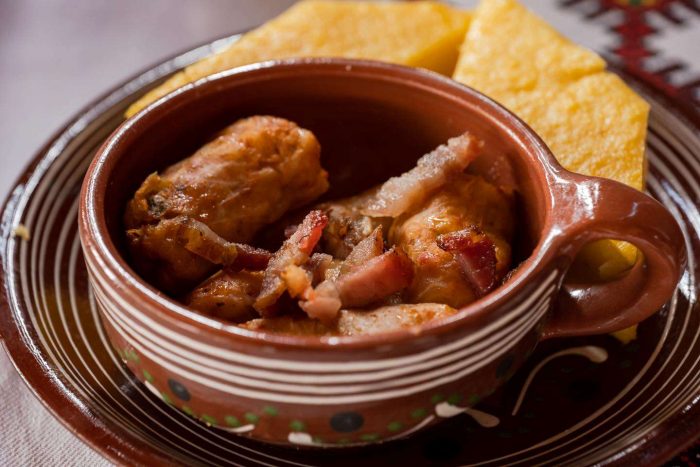 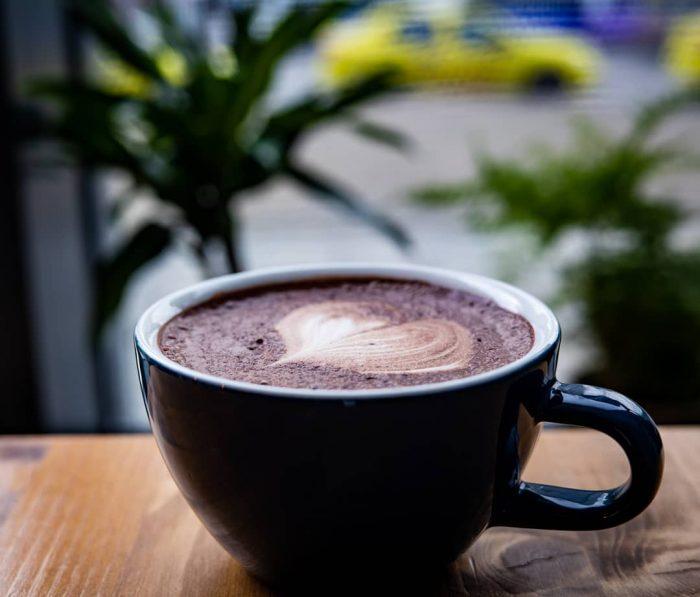 Street coffee on the go 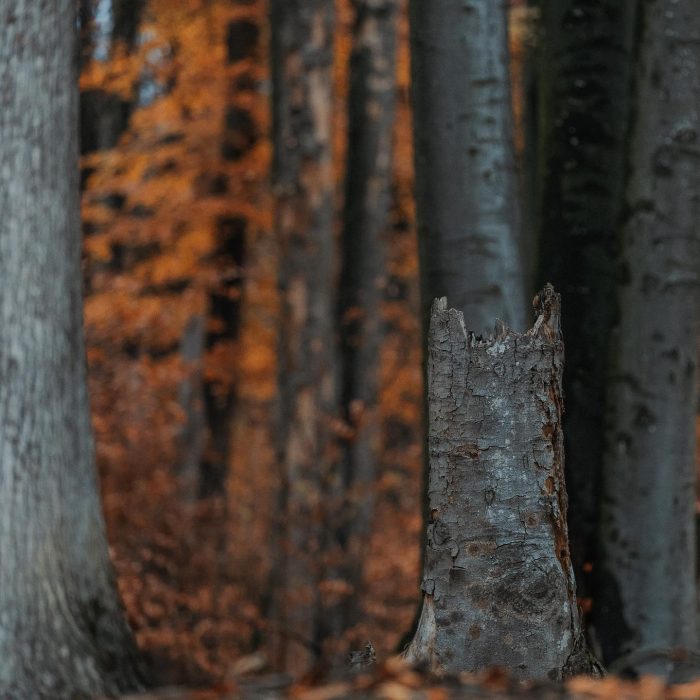 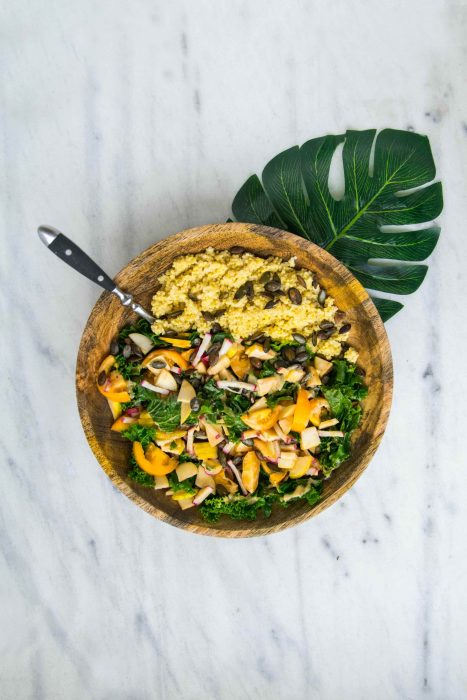 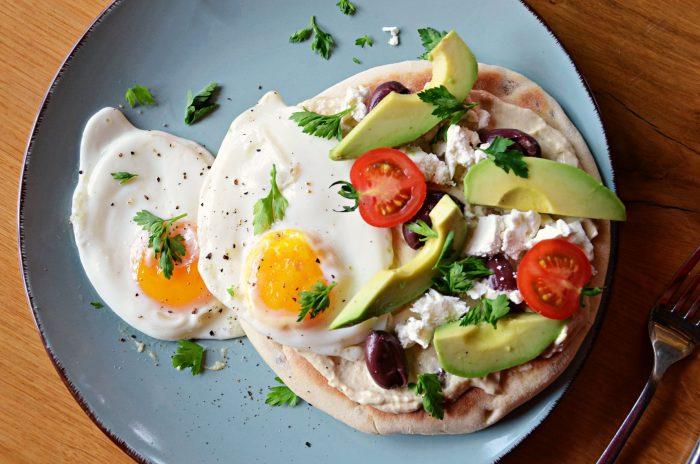 A guide to the perfect breakfast in Iași 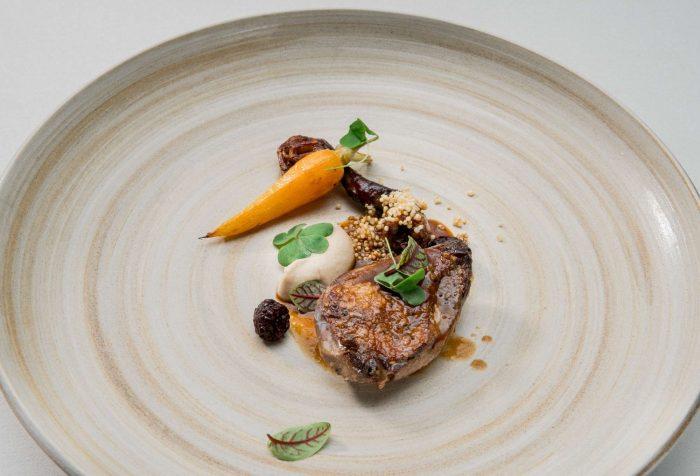