Save
Share
Share
Dosoftei House marks the first pages in the history of Romanian literature. The house was built in 1677 on the place of the former cemetery St. Nicolae Domnesc Church, after rebuilding the inside wall by voivode Antonie Ruset, still visible in front of today’s Moldova Hotel.

Although the house was probably built by a tradesman, the name is linked to Moldavia’s Metropolitan, Dosoftei Barilă (1624-1693), one of the greatest scholars of Romanian history, who would have lived here for a while. Dosoftei was the first hierarch in Moldavia who translated and versified books of religious interest in Romanian (Psalms), using the ancient printing press in the process of extending the usage of Romanian in religious institutions.

This “Archways House” has a special medieval Byzantine architecture, with massive stone walls, in an almost cubic shape, with the roof easily atilt and narrow eaves specific more likely to a hot climate, like the one in Anatolia. On each of the two floors of the house there are two big rooms. A special note is given by the small and rectangular windows and the porch facing the boulevard, with archways leaning on six massive columns. The building’s architectural style reminds us of the shops destined for commerce, such as the ones in the fairs and bazaars in the former Ottoman Empire. In the porch, the merchandise for sale was exhibited, while the rooms were used as storage spaces. This is the only remained building of the ones existing long ago in the trade quarter of St. Friday, which occupied the entire area from the Palace to the Central Market.

In 1970 the Old Literature Section of the Romanian Literature Museum was opened here, being considered a representative place of value preservation. Near the building, Dosoftei’s bronze statue (1975), made by the Iași sculptor Iftimie Bârleanu, is proof of the scholar’s involvement in the evolution of Romanian literature.

As a visitor, you could rebuild the route of Old Romanian literature development in Iași, beginning with some of the oldest books printed in Romanian. Among the unique exhibits there are a Missal, considered to be the first printing on Romanian territory and The Apostle, the oldest dated Romanian manuscript and the Sermon of metropolitan Varlaam, the first Romanian printing, written in Moldavia. To these are added also a copy of The Chronicle of the land of Moldavia by Grigore Ureche, as well as a printing press model from the time of metropolitan Dosoftei.

Dosoftei House, along with the House of Deacon Creangă from Golia Monastery, is among the oldest civil buildings preserved in Iași and marks an important stage in the city’s history. 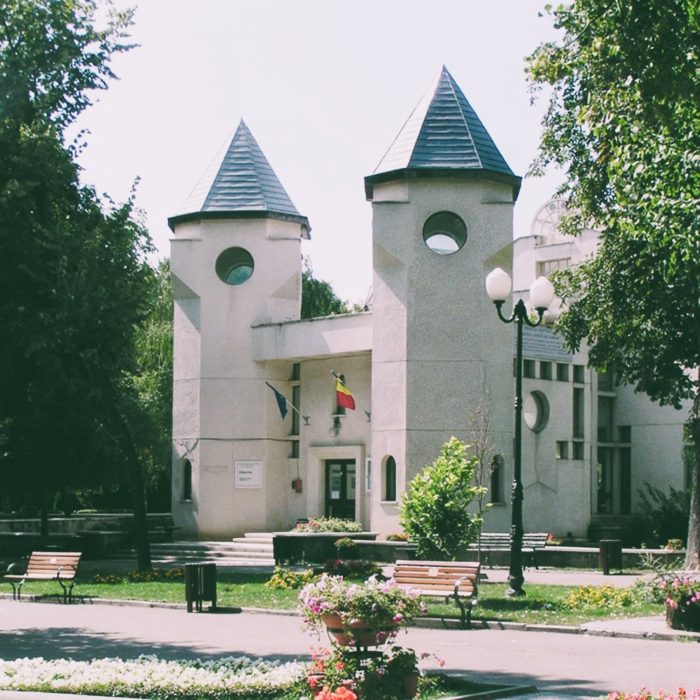